Title: High‐resolution study of Icelandic tephras in the Kangerlussuaq Trough, southeast Greenland, during the last deglaciation

Tephra abundance data and geochemistry in Late‐glacial and Holocene sediments on the East Greenland shelf are presented. Two well‐known tephras were identified from electron microprobe analysis of tephra shards picked from ash peaks in the cores. These are the Vedde Ash and Saksunarvatn Ash, which probably were deposited on the shelf after transport on drifting ice. The radiocarbon dates (marine reservoir corrected by −550 yr) that constrain the timing of deposition of the tephra layers compare well with the terrestrial and ice‐core ages of the tephras without requiring additional reservoir correction to align them with the known tephra ages. Several prominent tephra layers with a composition of Ash Zone 2 tephra punctuate the deglacial sediments. These tephra peaks coincide with significant light stable isotope events (signifying glacial meltwater) and fine‐grained sediments poor in ice‐rafted detritus. We interpret the Ash Zone 2 tephra peaks as sediment released from the Greenland Ice Sheet during strong melting pulses of the deglaciation. 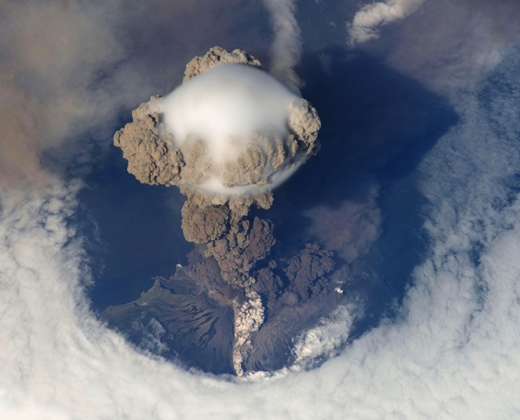